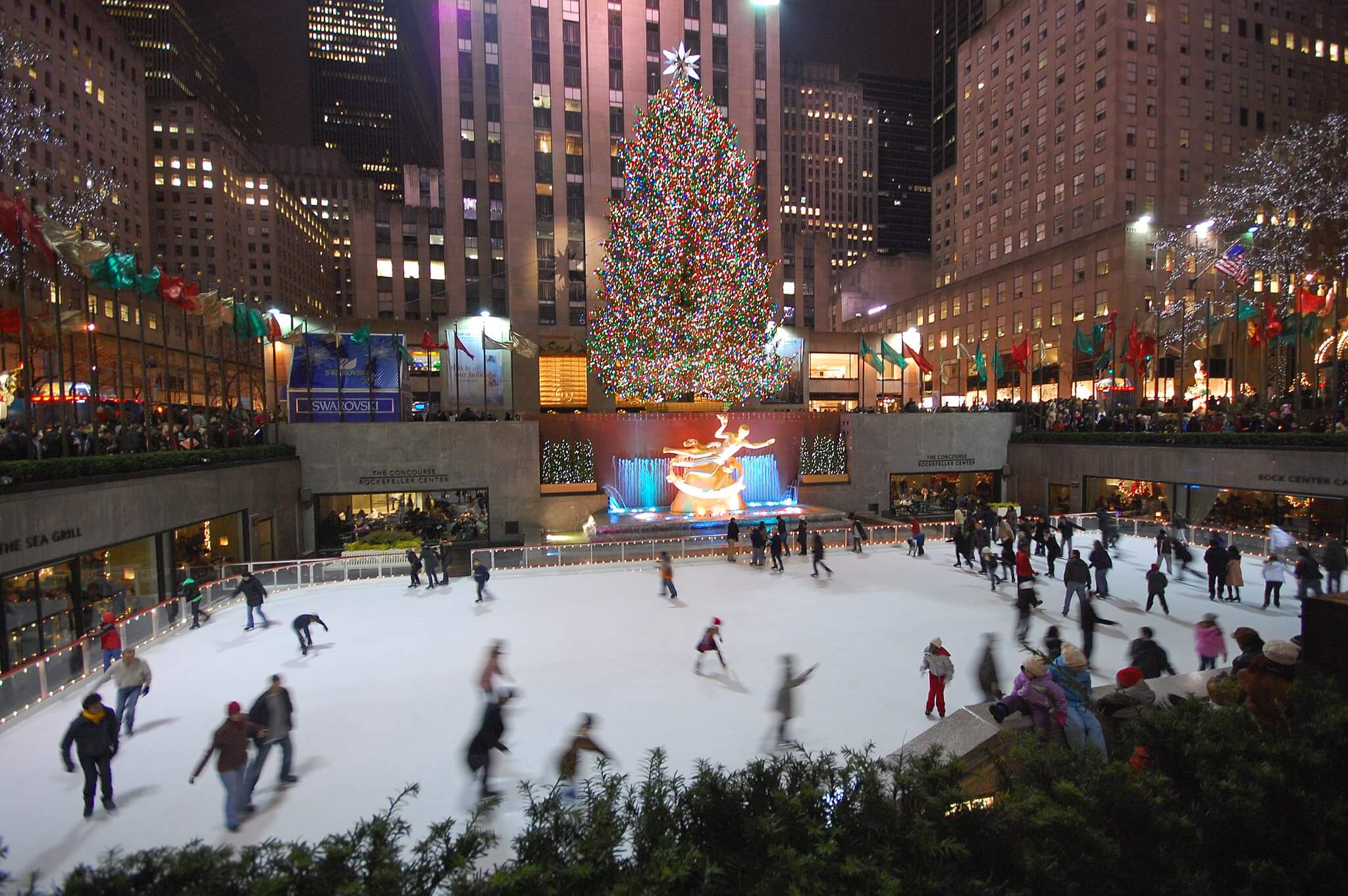 There’s no time like the holidays in NYC. Year after year, everyone from first-time visitors to the most jaded longtime residents are captivated by this magical season. It only comes once a year and passes by in the blink of an eye, so if you want to take advantage of all there is to see and do, use the following list to guide your holiday excursions.

Window shopping takes on a whole new meaning during the holidays in NYC, as store after store adorn their windows with holiday decorations that are a gift in and of themselves. Even if you don’t plan on buying anything, the following holiday store windows are worth a glance: 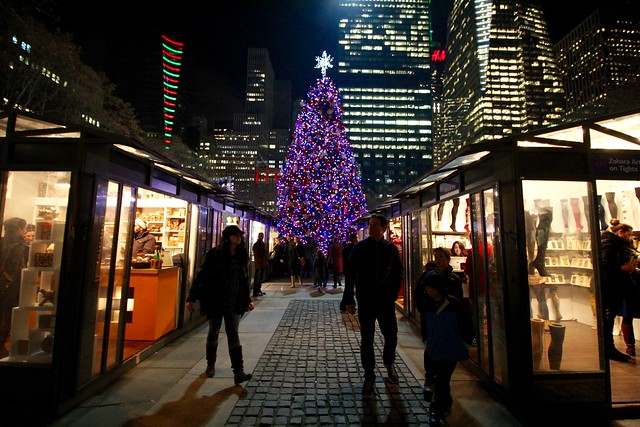 Looking to eat, drink and be merry while buying one-of-a-kind holiday gifts for your loved ones – or perhaps yourself? Look no further than NYC’s numerous pop-up holiday markets throughout the city. These markets sell anything from handmade crafts to custom clothing to gourmet hot chocolate. Our favorites include: 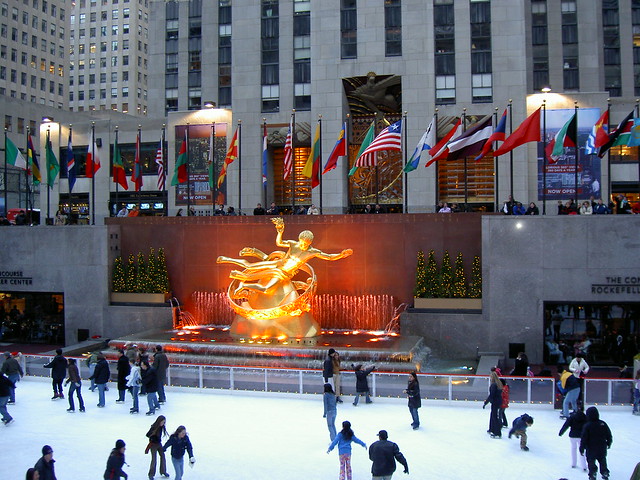 Think the only place to go ice skating in NYC this time of year is at Rockefeller Center? In actuality, there are over a dozen indoor and outdoor rinks available for lacing up your skates and hitting the ice, such as:

In search of some good old-fashioned suburban Christmas lights? Look no further than the residential Brooklyn neighborhood of Dyker Heights, which goes all out with its holiday decorations each year. The entire community participates, creating what the New York Times famously called the “undisputed capital of Christmas pageantry.”

To reach Dyker Heights by subway, take the Brooklyn-bound D train to the 79th Street station. From there, walk about 15 minutes to the area between 11th and 13th Avenue and 83rd to 86th Street. You can also take a guided bus tour departing from Union Square in Manhattan courtesy of A Slice of Brooklyn.

Nothing says the holidays are here like seeing illuminated Christmas trees and menorahs almost everywhere you go in the city. Here are a few points of interest where you can feast your eyes (and nose) upon one: 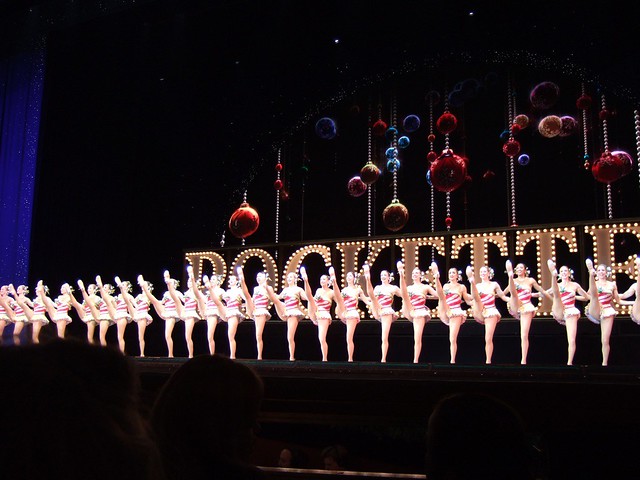 A memorable and iconic way to kick off your holiday celebrations – literally – is by seeing the Christmas Spectacular Starring the Radio City Rockettes. Shows run two to five times daily through January 5 at Radio City Music Hall, including on Christmas Eve, Christmas Day, New Year’s Eve and New Year’s Day. Ticket prices vary based on day, time and seating, but cost anywhere from $25 to $300+. If you’re a Chase cardholder, you can access reserved seats and some of the best showtimes.

The Holiday Train Show at The New York Botanical Garden

This miniature holiday wonderland at the NYBG features model trains zipping through a display of more than 175 famous New York landmarks, each crafted from natural materials such as birch bark, acorns and cinnamon sticks. 2019’s show focuses on Central Park’s beautiful landscape fashioned in mosses and hollies, including architectural treasures like Belvedere Castle. Attend on select dates and times for Bar Car Nights, reserved exclusively for adults 21 and over to grab a drink and get an after-dark viewing of the exhibit.

Each year the New York Transit Museum’s Grand Central Gallery, located in Grand Central Terminal, creates a city within a city through its miniature electric railroad making its way past New York’s most magnificent landmarks. The 2019 exhibit is set against a mural designed by cartoonist Julia Wertz. Departing from a miniature replica of Grand Central Terminal, the collection of model Lionel trains includes the Metro-North, the Polar Express and vintage subway cars.

The holidays in NYC aren’t just for the kiddos. Adults can have their fun too, thanks to an array of bars and restaurants that get decked out for the season and serve festive food and drinks. Plenty of winter “pop-ups” are also available for a limited time and offer one-of-a-kind experiences. Hit up one or more of these establishments this year before they’re gone or take the decorations down:

Everything You Need to Know About Hudson Yards, NYC’s Newest Neighborhood
10 NYC Neighborhoods to Know When Relocating to New York
Your Guide to the Best Neighborhoods in Brooklyn
Late-Night Eats and 24-Hour Restaurants in NYC
How to Live Affordably in New York City