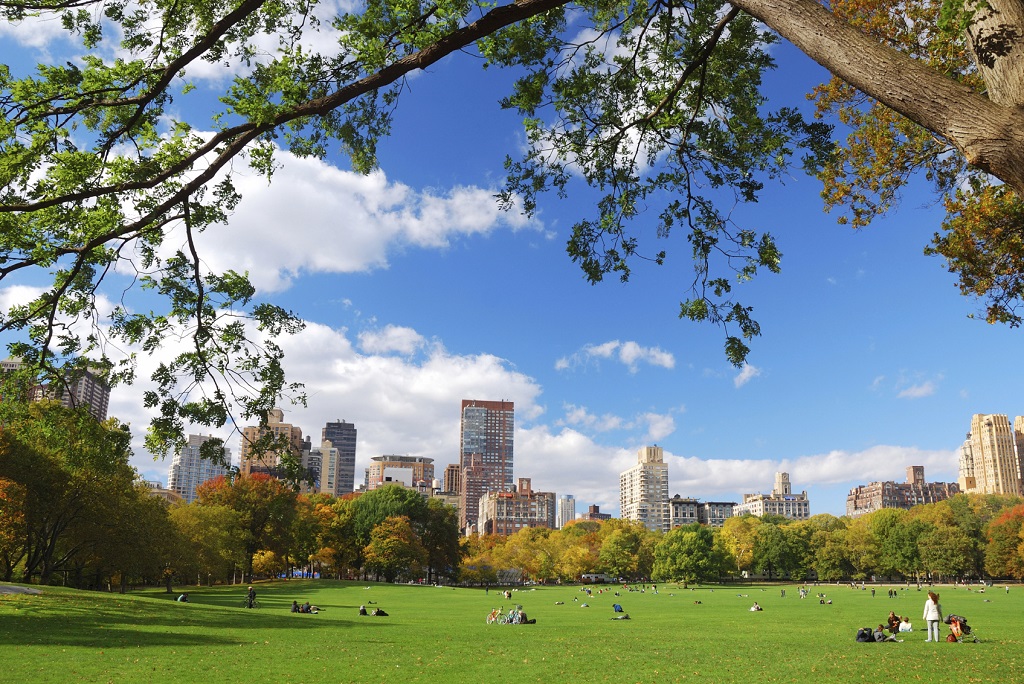 Whether you’re looking to catch some rays in the summer heat or go ice skating in a winter wonderland, New York City has a public park nearby for you to enjoy. In fact, the city has over 1,700 parks, playgrounds and recreation facilities across the five boroughs, each park having its own special appeal. The availability and diversity of these parks is one of many reasons locals and visitors love the Big Apple. Here are our favorite New York City parks.

Update July 30, 2020: During COVID-19, NYC parks are open, but some features within them may be closed and in-person events are likely cancelled. Check each park’s website for the latest updates. 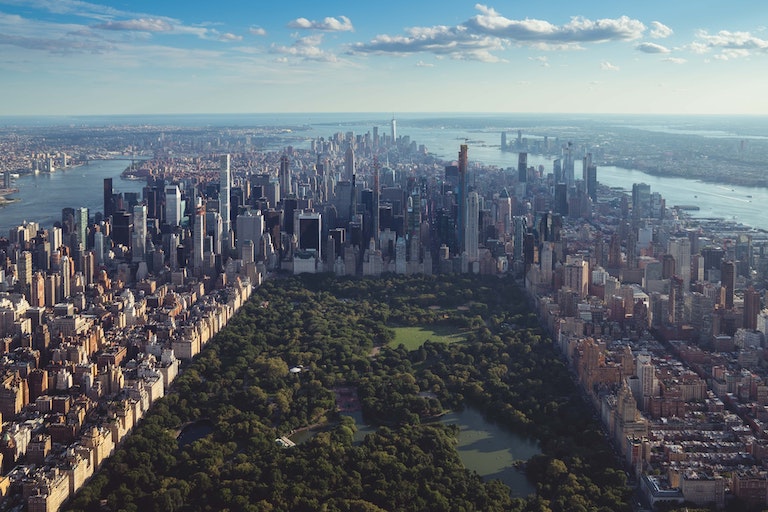 It’s no surprise Central Park is one of the most visited parks in the world. The 843-acre, manmade park sits in the center of Manhattan between the Upper West Side and Upper East Side neighborhoods, creating an urban oasis that’s easy to access. Its beauty can be appreciated all year round: visit in the spring for hundreds of flower species in bloom, summer for basking in the sunshine, fall for the breathtaking foliage or winter for a snowy white wonderland.

Central Park can seem more like dozens of parks within one giant park. Walk around and you’ll find hundreds of features, from lakes, fountains and bridges to a carousel, a castle and even a zoo. While it’s certainly a great place for a run or jog, a casual stroll allows you to take in the best destinations within the park, such as the following:

You’ll notice lampposts all over the park. They’re not just decorative, but also serve as little-known navigation tools! Each post has four numbers on the side. The first two digits indicate the nearest cross street. If the fourth digit is even, you’re on the east side of the park; if it’s odd, you’re on the west side. Google and Apple Maps can also give you directions within the park. 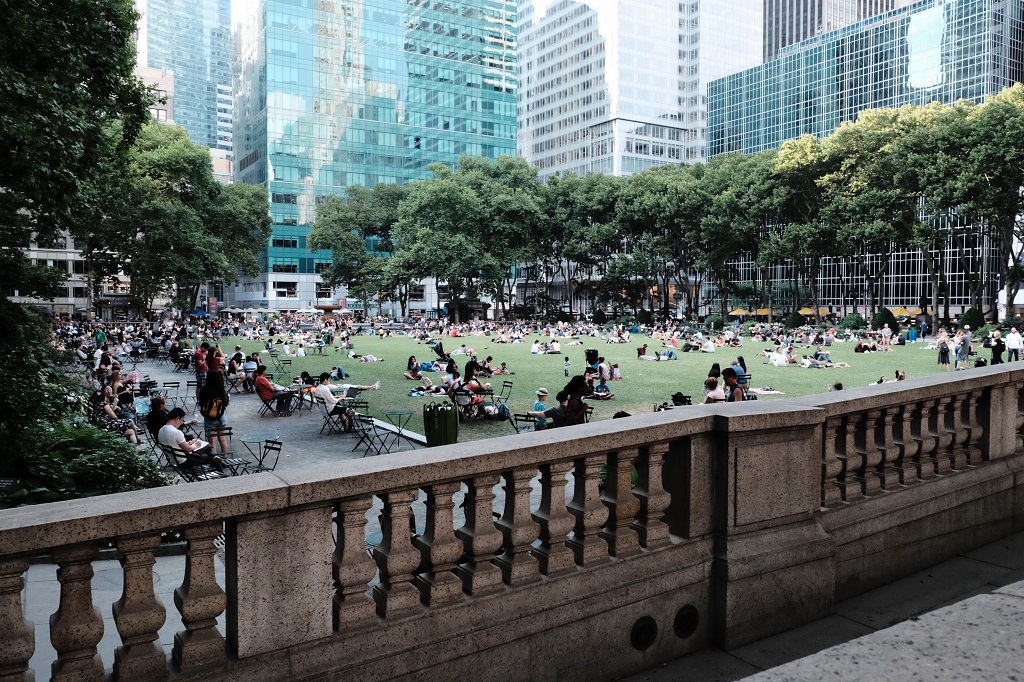 Bryant Park is fantastic all year, but it shines brightest during the winter. A seasonal ice skating rink provides fun for the entire family, and even fun activities like bumper cars. After that, explore the annual holiday market where you’ll find unique gifts, specialty foods and more.

Any time of year, Bryant Park is a refreshing place to take a seat after a long day of sightseeing and rest in the glow of Times Square just one avenue over. On sunny days, it’s a popular spot for grabbing lunch from one of the on-site or nearby food vendors and enjoying it in the park. The New York Public Library is also located on the eastern end of the park.

In the summer months, Bryant Park holds free outdoor yoga classes twice a week! Just get there early to snag a spot, and bring your own yoga mat. During COVID-19, classes are offered virtually on the park’s Instagram page. 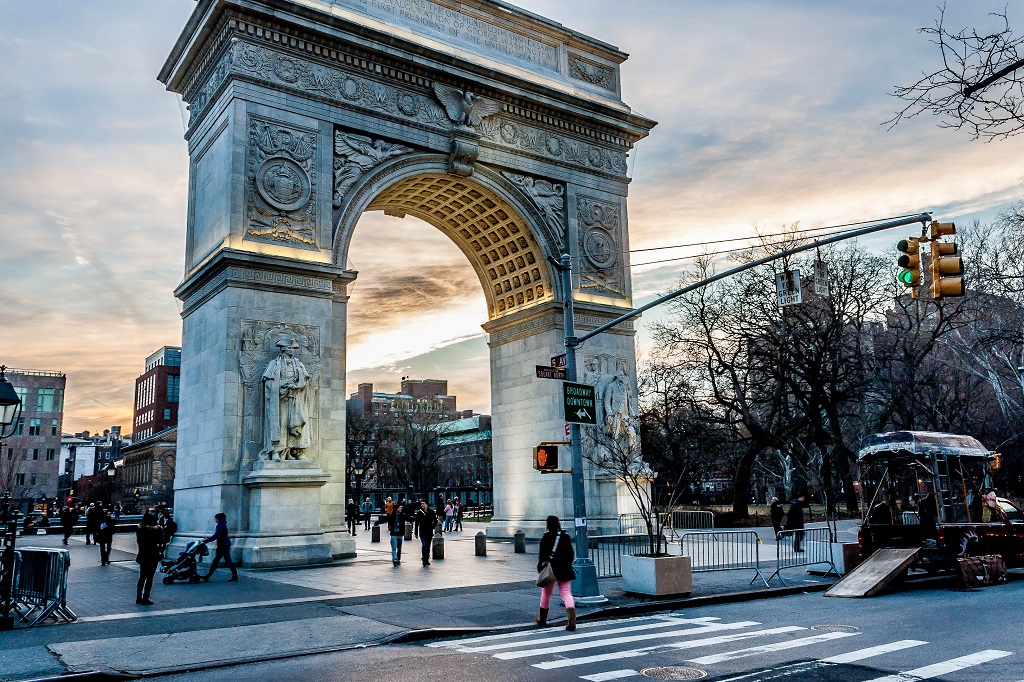 Given its location, Washington Square Park is particularly popular among New York University students. This park has a special charm that can best be felt by visiting firsthand. A beautiful fountain serves as the centerpiece, while the famous arch at the northern end of the park serves as a beautiful entryway. The park’s distinct look has made it a regular place for filming, so you may recognize it from movies and TV shows.

Washington Square Park is known for attracting some of the best street performers in the city. Give them a watch! 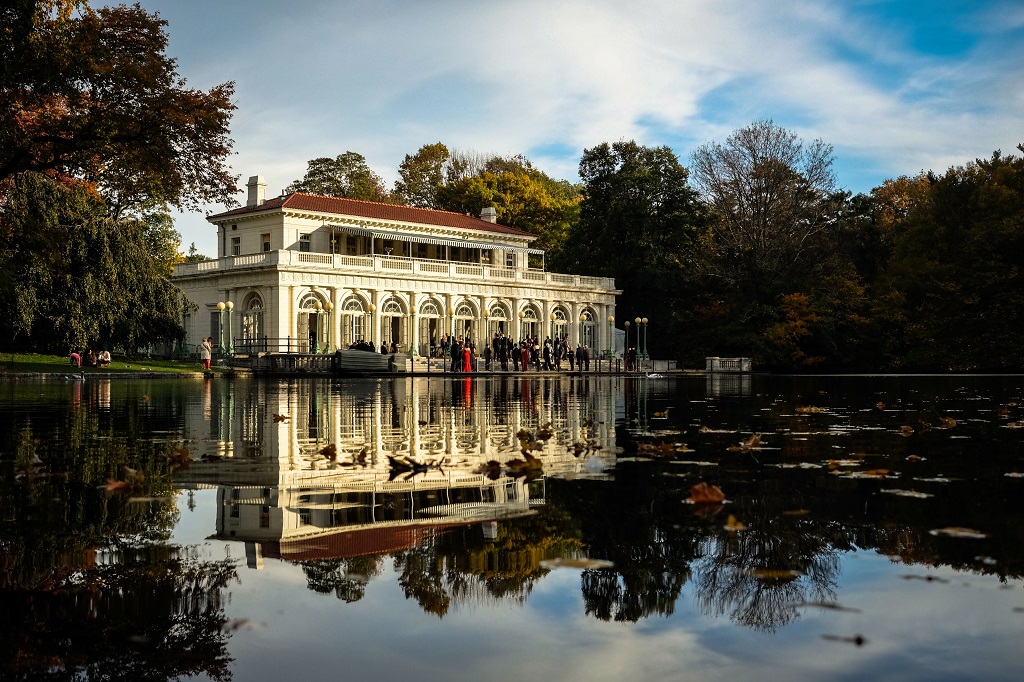 Heading over to Brooklyn? Be sure to check out Prospect Park, Brooklyn’s backyard. This park has a similar feel to Central Park: huge grassy areas for playing and relaxing, walking paths, ponds, lakes and more. It’s centrally located between the neighborhoods of Park Slope, Prospect Heights, Prospect Lefferts Gardens, Flatbush, and Windsor Terrace, and is adjacent to the Brooklyn Museum and the Brooklyn Botanic Garden.

Points of interest within the park include:

The Grand Army Plaza Greenmarket, a farmer’s market, is held year-round on Saturdays from 8am to 3pm, including during COVID-19. 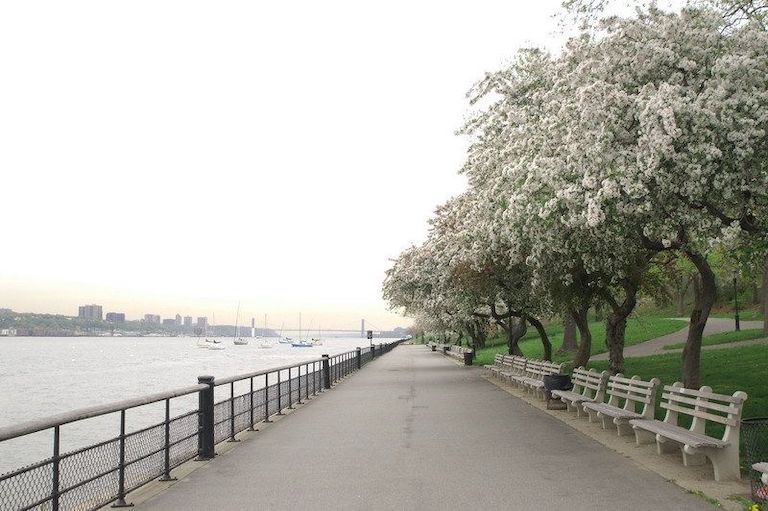 As the name suggests, this park runs along the Hudson River on the upper west portion of Manhattan, from 72nd to 158th Streets. Locals love the 4-mile long park for jogging, riding bikes, walking the dog or catching some beautiful sunsets over the water. The spectacular landscaping contains rocky precipices, lawns, tree groves and three tiers of land terracing down to a manmade shoreline and promenade. Playgrounds and recreational facilities dot the park as well.

Check out the 110-slip public marina at 79th Street for some beautiful sunsets. 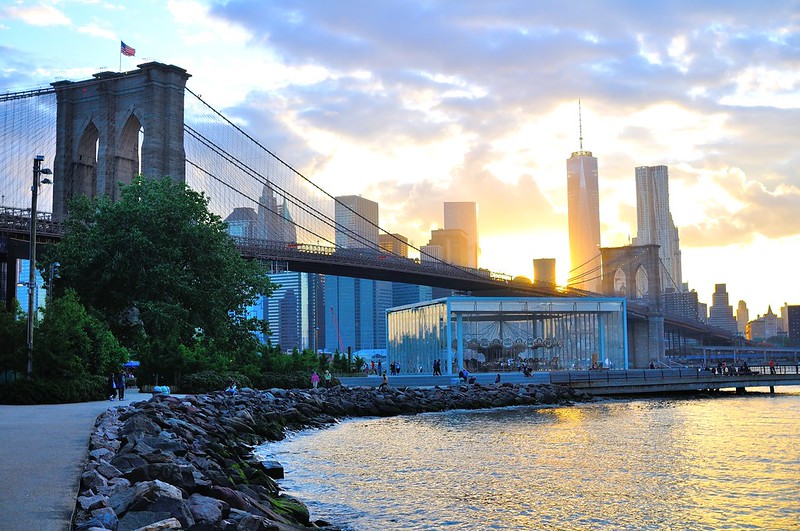 A walk across the Brooklyn Bridge, followed by relaxing in a grassy green park ogling the Lower Manhattan skyline – can you picture a more perfect outing? This park spans 85 acres of the East River waterfront in the Brooklyn Heights and Dumbo neighborhoods of Brooklyn, starting at the base of the Brooklyn Bridge. A relatively new park, its first portion was opened in 2010 and it was marked 90% complete as of July 2018, with more to come in the future.

Brooklyn Bridge Park encompasses the preexisting Empire–Fulton Ferry and Main Street Parks, the historic Fulton Ferry Landing and Piers 1-6, which contain various playgrounds and residential developments. The park also includes Empire Stores and the Tobacco Warehouse, two Civil-War era structures listed on the National Register of Historic Places. The lawn areas are great for a picnic and taking in the city views.

For the most picturesque, photo-worthy views of the Brooklyn Bridge, head to the Empire Fulton Ferry Lawn portion of the park. Stay until sunset for a truly spectacular sight. 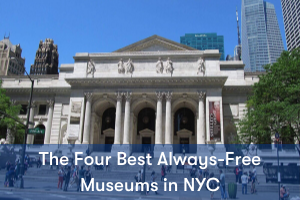 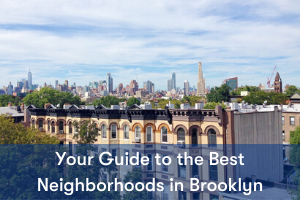 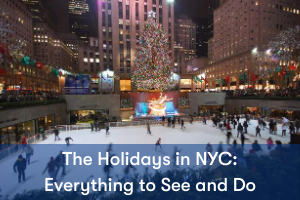