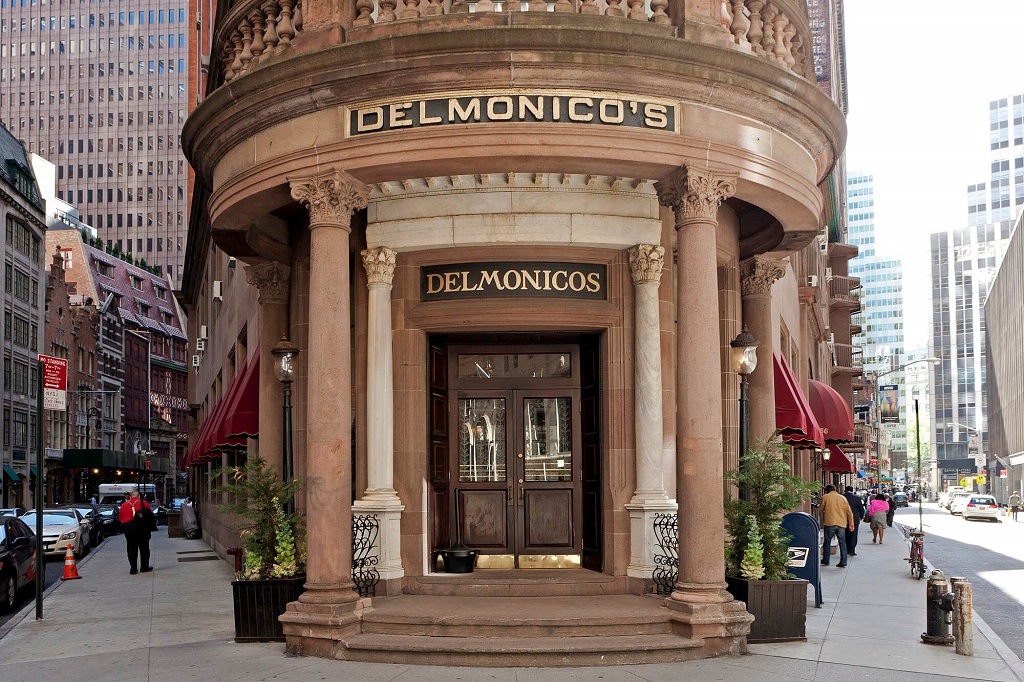 New York City’s restaurant landscape is incredibly diverse, innovative and fluid, full of trendy cuisines, themed establishments, celebrity chefs and countless openings and closings. The classic NYC steakhouse, however, has remained a staple on the scene for over a century. Who can say no to a tender, juicy New York strip steak?

NYC steakhouses are especially popular among business and leisure travelers, whether they’re entertaining clients, looking for an extravagant dining experience or just craving some meat and potatoes. Whatever your motivations, here are six of the best NYC steakhouses for wining and dining yourself or others.

Bring your appetite to top NYC steakhouse Keens, where the portions are generous and the menu is classic as can be. The porterhouse, meant to serve two or three people, is a filling favorite. For the serious red meat enthusiast, there’s the legendary mutton chop, tipping the scales at a whopping 26 ounces. Choose from traditional steakhouse sides like creamed spinach, sautéed mushrooms or a baked Idaho potato.

As classic as the fare is at Keens, the décor makes this NYC steakhouse stand out from the others. History buffs will love the walls covered in centuries-old photographs and political cartoons, not to mention the long-stemmed pipes used by historical figures like Babe Ruth, J.P. Morgan and Teddy Roosevelt.

Named the best steakhouse in NYC by Zagat Survey for some 30 consecutive years, Peter Luger Steakhouse is more than just a restaurant; it’s an institution. Tourists and locals alike are more than willing to cross the Williamsburg Bridge into Brooklyn to eat at this idolized establishment, with its stucco walls, beer hall-style ambiance and well-dressed wait staff.

The pervasive influence of Peter Luger Steakhouse is apparent at this NYC restaurant owned by Wolfgang Zwiener, a former headwaiter at Peter Luger with 40 years of experience. It’s frequently ranked alongside Peter Luger as a top steakhouse in NYC. Wolfgang’s boasts 19 locations worldwide, including Miami, Beverly Hills, Hawaii and parts of Asia, with its flagship location being on Manhattan’s Park Avenue.

The beef choices are short and sweet: porterhouse, New York sirloin, rib eye or filet mignon. In an interesting quirk, patrons are encouraged to tip in $2 bills.

This Gramercy Park steakhouse strikes the perfect balance between traditional and modern steakhouse fare in an upscale yet comfortable setting. The approachable menu is organized by category, allowing diners to build their perfect plate of meat, sauces, vegetables and optional seafood. Although “Beef rules the menu at BLT Prime,” this NYC steakhouse is also known for its warm signature popovers perfect for sopping up your steak’s glistening juices.

In the heart of NYC’s Financial District lies Delmonico’s Restaurant, opened in 1837 and considered the first fine dining restaurant not just in NYC but the entire country. Since the restaurant’s inception, the signature dish has been a short loin cut dubbed the Delmonico steak, or what is today known as a New York strip steak.

Legend has it that Delmonico’s was a favorite of author Mark Twain and at least a dozen U.S. presidents. The old-fashioned atmosphere is enough to make you feel you’ve stepped into another century, and in a way, you have.

In need of a temporary furnished apartment in NYC?

Furnished Quarters offers fully furnished, short-term apartment rentals for business or leisure travel, perfect for sleeping off a hefty steakhouse meal. Search our temporary apartments and find your oasis in the city that never sleeps.