Top Craft Breweries for Grabbing a Pint in Boston 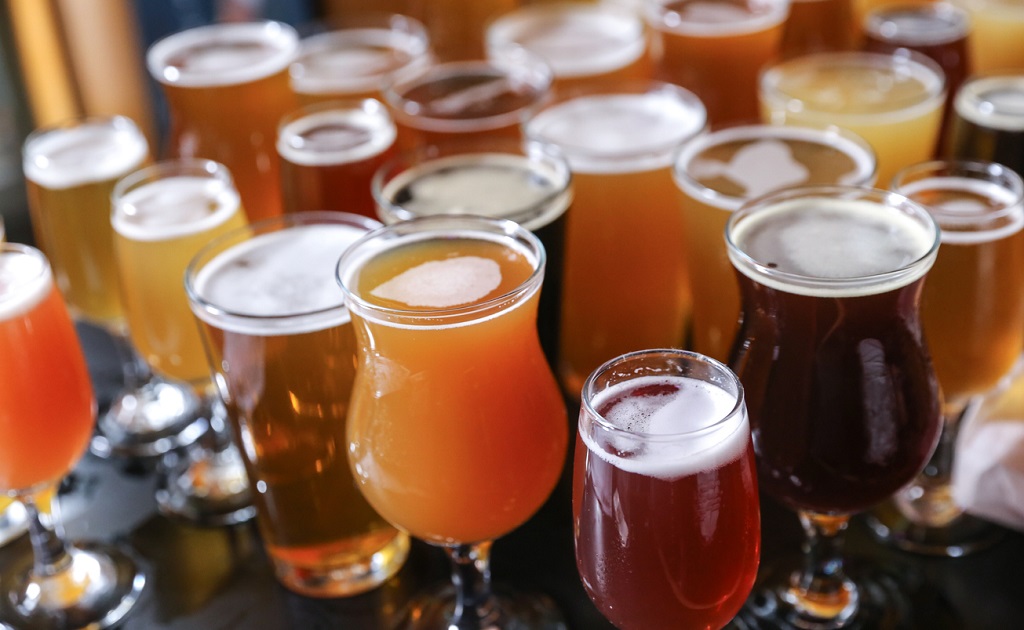 If there are three things Boston loves, it’s Dunkin’ Donuts, the Red Sox and beer. In fact, a 2016 survey by Budweiser found Massachusetts to be the most beer-loving state in the United States. There’s more to Boston beer than Samuel Adams (although they did make our list), and we’re here to highlight some of Boston’s best breweries for trying out local craft beers.

Here are seven of the best Boston craft breweries and why you should offer them your patronage.

Founded in 1986, this wildly popular brewery in the Seaport District of Boston has become known for its IPAs and annual festivals drawing in hordes of thirsty New Englanders. Favorite year-round beers include the UFO Hefeweizen, Rich & Dan’s Rye IPA and Boston Irish Stout. Stop by the Harpoon Beer Hall for a guided brewery tour, fresh Harpoon beer, pretzels and a gift shop.

Interesting fact: Harpoon Brewery was the first company to obtain a permit to manufacture and sell alcohol in the Commonwealth of Massachusetts in over 25 years.

A young brewery opened in early 2013, Trillium has built quite a name for itself in Boston so far in its short history. For the year 2016, RateBeer named Trillium the third best brewer in the world and the top brewery in Massachusetts. Its flagship location in Boston’s artsy Fort Point neighborhood emphasizes both tradition and modern re-invention in its beer making. Try the highly praised Double Dry Hopped Melcher Street IPA.

Interesting fact: Trillium Brewing Company was founded by a young couple, JC and Esther Tetreault, while planning their wedding.

As a partner brewing facility—the first of its kind in Boston—Dorchester Brewing Company (DBco) serves its own house-made beers as well as beers by other local craft breweries. Dorchester’s tap room, located near Downtown Boston, is quite the spectacle: you’ll find a 20-line tap system, board games, an outdoor patio, food offerings, takeout and delivery menus, fresh beer to go and plenty of DBco merchandise. The Resolution Berliner, a Berliner Weisse style beer, is a popular choice.

We couldn’t get through this list of best Boston breweries without mentioning Samuel Adams, Boston’s most well-known brewery. Although it’s expanded over the years, Sam Adams has always stayed true to its Massachusetts roots and rich history. No trip to Boston is complete without a tour of the brewery, which is free and open to guests over or under 21 years of age (except for the tasting portion, of course). The classic Boston Lager is a must-try.

This eccentric Cambridge brewery’s aroma-packed, funky, flavor-driven ales are meant to be unique yet drinkable and enjoyable. Speaking of unique, Lamplighter brews, packages and sells its beer from a 10,000-square-foot building that was once a neighborhood auto repair shop. Their New England-style IPA Birds of a Feather, with hints of spruce, lemongrass and blueberry, comes highly recommended.

Interesting fact: The name Lamplighter was inspired by the old gas lamps found throughout the city of Cambridge.

Just opened in April 2017, Turtle Swamp Brewing is only the second craft brewery in Boston to emerge from the Jamaica Plain neighborhood as of late. The spacious patio welcomes families, dogs and of course lots of beer drinking. Turtle Swamp is named for the low-lying wetlands between Jackson Square and Forest Hills, which provide natural water purification and make for some tasty beer.

Claiming to be the oldest brewpub in the greater Boston area, Cambridge Brewing Company (CBC) serves handcrafted beers of many origins and influences. Whether they’re making a classic Pilsner or bourbon barrel-aged imperial stout, CBC likes to push the boundaries of traditional brewing. Several items on their food menu incorporate beer as well, such as pale ale BBQ sauce or amber ale glazed onions.

Get the Authentic Boston Experience with Furnished Quarters

Now that you know the best Boston breweries for drinking beer like a local, find a place to live like one too. Search our temporary furnished apartments in Boston and Cambridge for stylish, fully furnished and equipped accommodations.