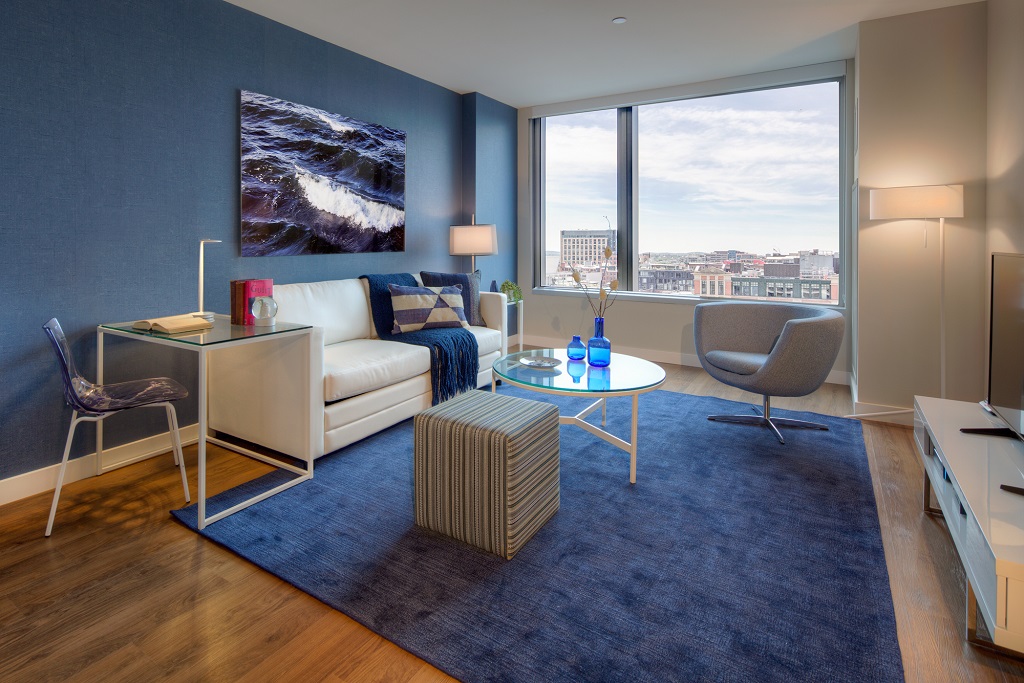 Boston, MA, Oct 11, 2017 – Furnished Quarters, the largest independently owned and operated provider of temporary furnished apartments, announced today that it has added dozens of guest residences in two newly constructed buildings located in Boston’s Seaport, one of the most exciting new neighborhoods in the city.

Both VIA, located at 5 Fan Pier Boulevard, and The Benjamin, located at 25 Northern Avenue, have just opened for immediate occupancy with Furnished Quarters being named as their exclusive provider of short-term rentals.

“Boston’s Seaport has become a destination for business, entertainment and residential living, spurred by the new mixed-use buildings opening in the area,” said Annette Clement, Executive Vice President and General Manager of Furnished Quarters’ Massachusetts office. “We are extremely excited to welcome our first guests to these gorgeous waterfront buildings.”

With easy access to public transportation and proximity to the Financial District, VIA boasts exciting amenities including a fitness center and yoga studio, sun deck with grilling stations, bar/club/lounge and pet spa. The Benjamin, located adjacent to VIA, features an outdoor pool, residents club, sunset lounge and espresso bar.

With the additions of VIA and The Benjamin to Furnished Quarters’ portfolio of apartment buildings, the company now offers hundreds of temporary furnished apartments at over 20 Boston and Cambridge luxury properties. All of Furnished Quarters’ apartments feature contemporary custom furnishings and interior design that highlight the uniqueness of its buildings.

About Furnished Quarters
Furnished Quarters is the largest independently owned and operated supplier of global temporary housing, offering over 40,000 fully furnished apartments in more than 800 cities around the world. The company, established in 1998 in New York City by brothers Steven and Gary Brown, currently serves more than 5,500 clients, ranging from top Fortune 500 corporations to small businesses.