Your Guide to the Best Neighborhoods in Boston 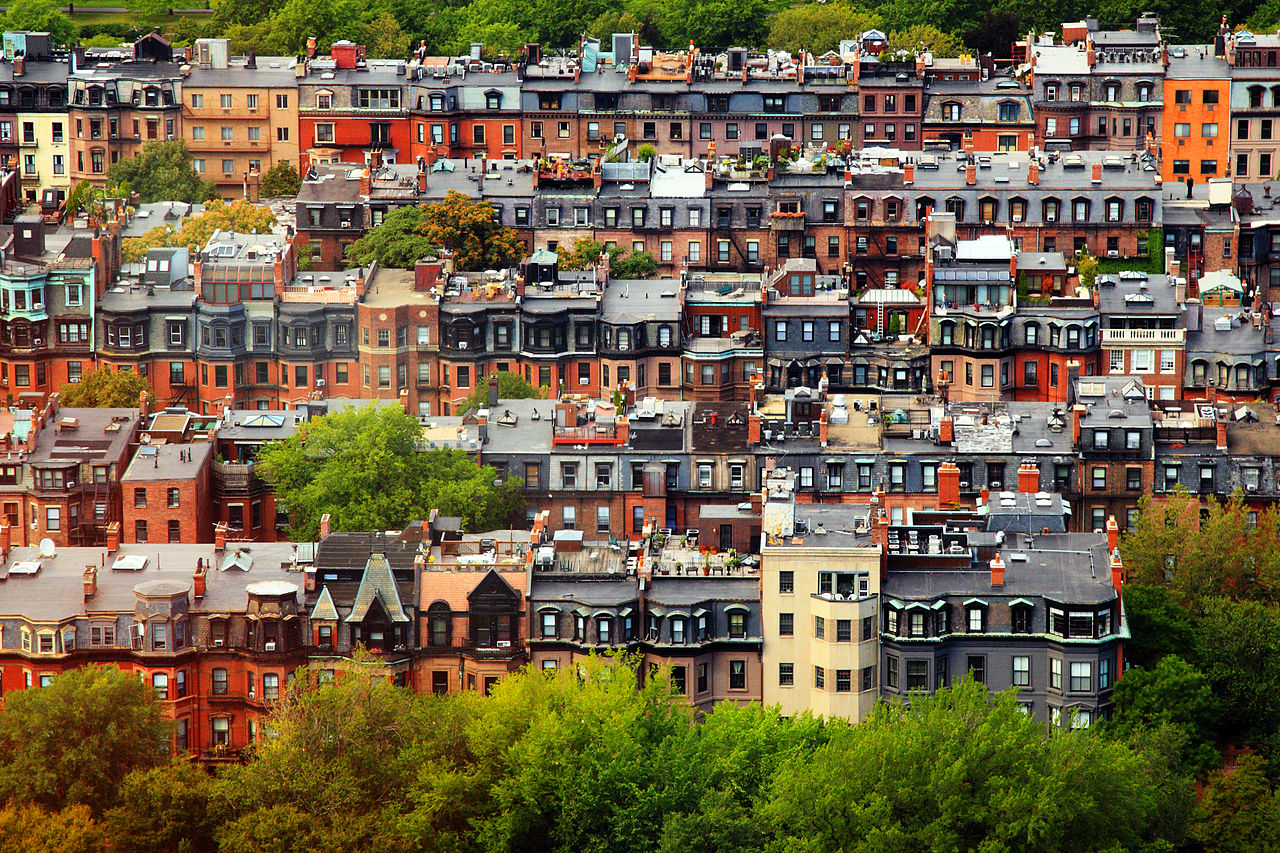 Are you thinking about moving or visiting the city of Boston? As one of the most populated cities in the Commonwealth of Massachusetts, it has a lot to offer visitors and new residents. With its old infrastructure, rich history, compact space next to the ocean, world-class education and healthcare and winding maze of roads, Boston is one of the best cities to visit in the U.S.

Boston has a culture and affluence that makes it appealing to the masses. The availability of running, walking and biking spaces has increased its global recognition as a fitness city and was ranked 10th among U.S. cities.

Besides the outdoor opportunities, Boston has historical centers, hotels and restaurants, iconic landmarks, favorite night spots and family-oriented neighborhoods. But where should you be looking if you’re planning to move? Below is a guide on the best areas in Boston, including locations and what they offer so that you can pick the best spot based on your lifestyle and needs.


What Are the Best Locations in Boston? 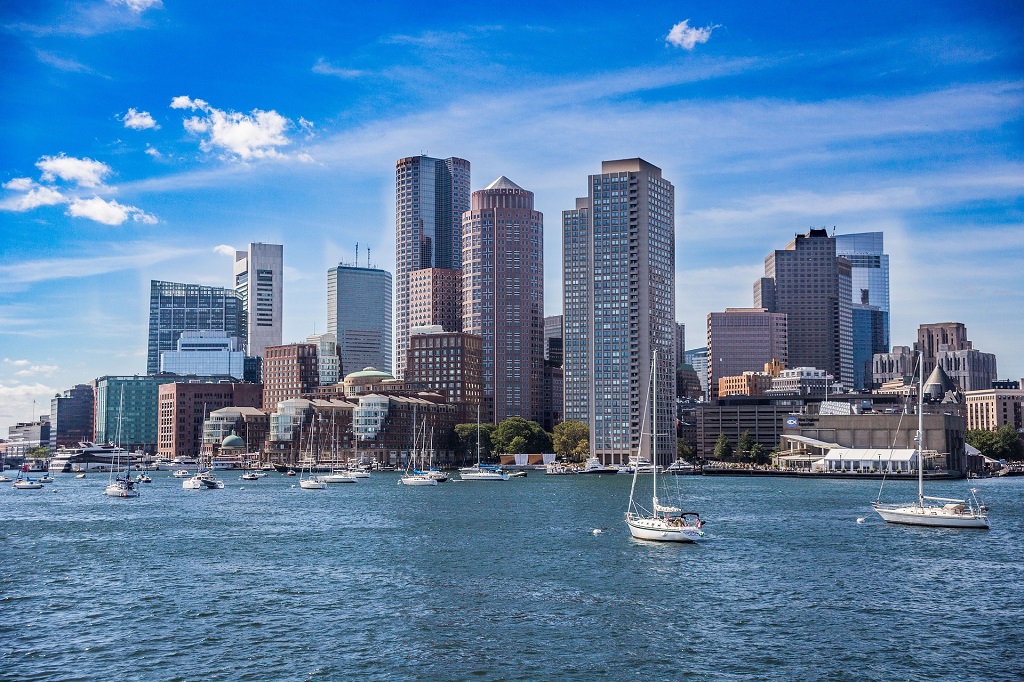 Boston is known for many things, ranging from the Boston Marathon, its famous baked beans, innovation and Fenway Park. The city is known as a ‘city of firsts’ due to some historic locations first established here, such as the first public park (Boston Common in 1634), the first public school (Boston Latin, in 1635) and the first subway system in 1897 (Tremont Street Subway).

Outdoor opportunities are common in all Boston neighborhoods. For example, you can visit the Charles River to escape the city’s hustle and bustle of its original green space, the Esplanade. You can also take a walk to the Rose Fitzgerald Kennedy Greenway or engage in family activities in The New England Aquarium.

Boston entertainment and nightlife will also keep you engaged throughout your visit. There are theatres for live shows and performances, movie theatres, concert venues and comedy clubs. The city’s restaurants, bars and clubs create a perfect environment to interact and socialize with the locals and other visitors.

But most importantly, Boston has the best neighborhoods to make you feel at home and enjoy your stay. The areas are convenient for families, business professionals, students and people interested in various elements such as creative arts and history. Ready to get started finding the perfect neighborhood for you? Let’s get started by walking you through the most popular areas based on your interests, budget and closeness to your target locations. 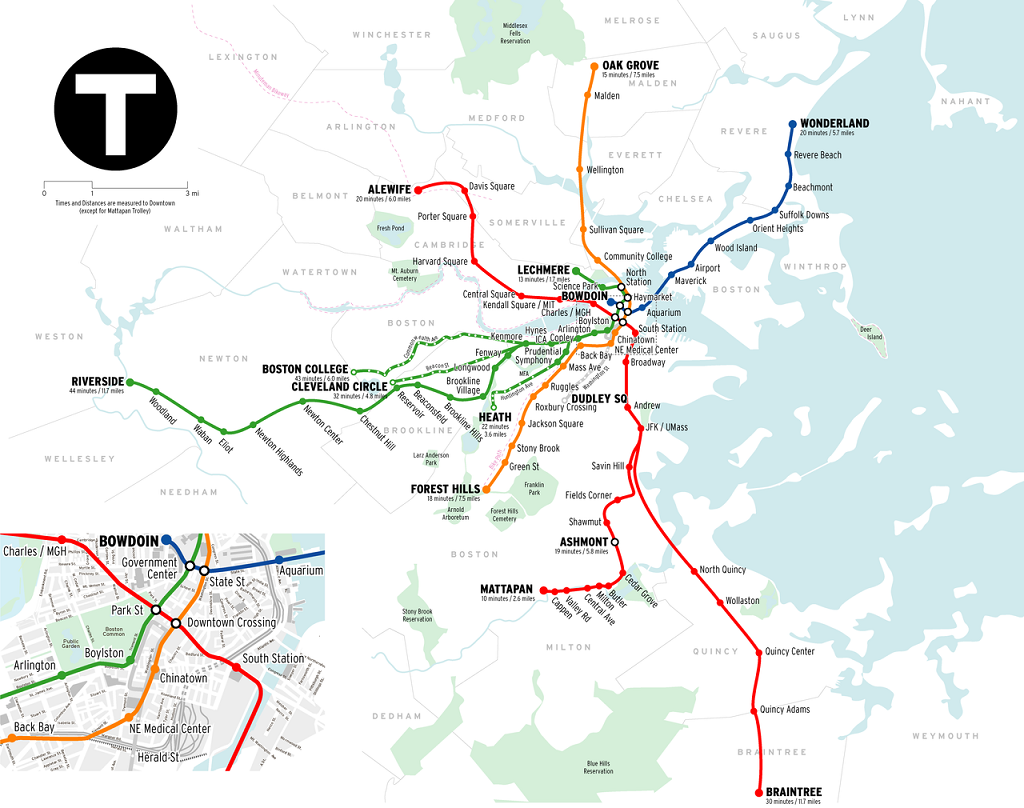 Before selecting a place, it is critical to consider your preferred mode of transportation. Boston’s small size and infrastructural design make it one of the most walkable cities in the U.S. It is estimated that approximately 50% of Boston’s population does not commute by car. Instead, they prefer walking, biking or using public transit. For instance, Cambridge is famous for being one of the best cities for walking to work. If you prefer using public transit, it is essential to consider a place that is close to an MBTA stop.


Do You Have a Budget?

Before moving to Boston, it is crucial to consider your budget. The city is infamously expensive, with the cost of living being 48% higher than the national average. Neighborhoods have varying costs of living, and knowing your budget can help select an affordable region.

An apartment in Boston goes for an average rent of $3,294 per month with the average value being closer to the cost of a 1-bedroom apartment. However, you can find cheaper options for studio apartments if you want something smaller in size or more expensive 2-bedroom and 3-bedroom apartments, which are more spacious.

The table below summarizes the average rent per neighborhood. The variations reflect the need to evaluate your budget before choosing the location.


For the most high-end neighborhoods 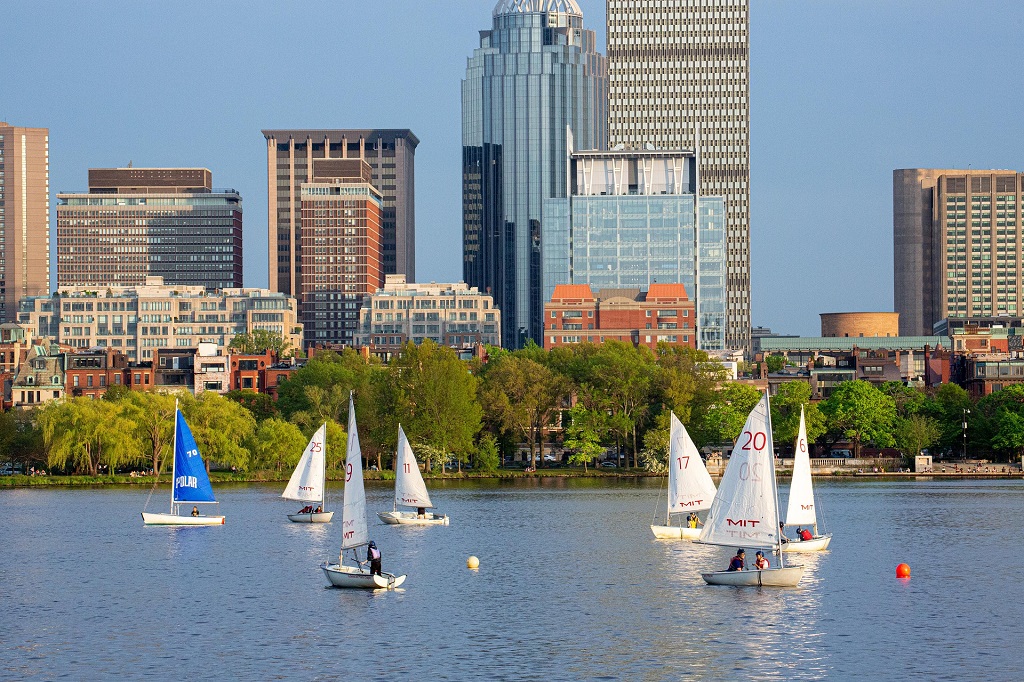 If you are looking for affluent neighborhoods, Back Bay is your best choice. Since the 19th century, Back Bay has always been an elite neighborhood that thrived as exclusive territory for the rich. The area hosts a diverse population of young professionals, students and wealthy families. 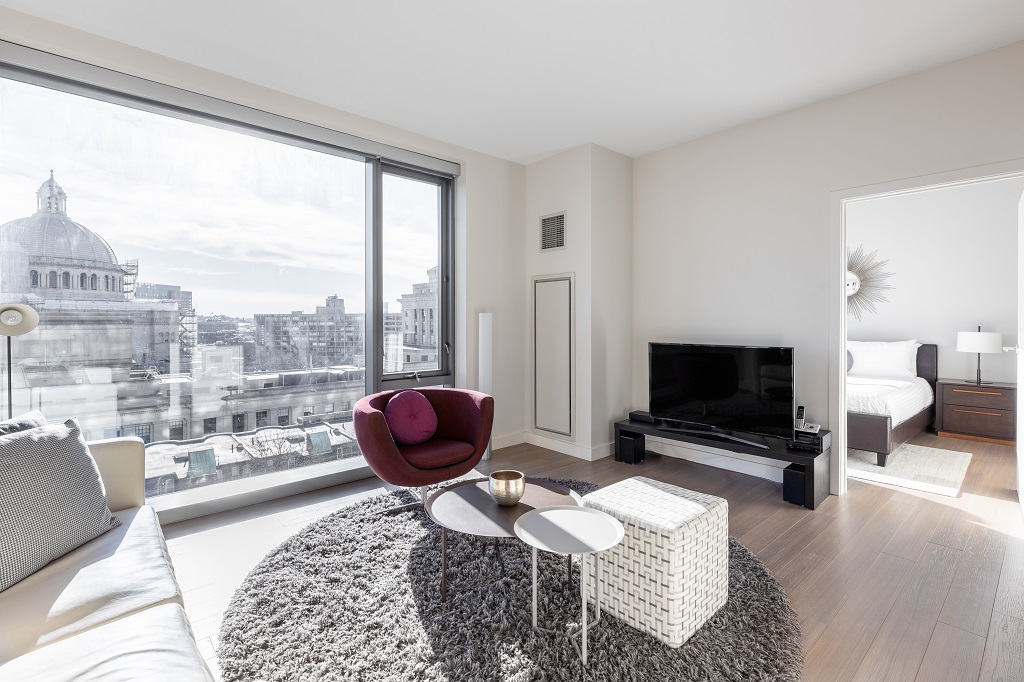 Living in Back Bay gives you access to almost every part of Boston. You can cross the bridge to Cambridge or head to dinner in the South End. You can walk to the Green and Orange MBTA lines or access various cultural institutions, such as Symphony Hall and Boston Public Library.

Beacon Hill, on the other hand, is one of Boston’s oldest and most expensive neighborhoods. The residential area is adjacent to the Boston Common and is located behind the State House golden dome. It is surrounded by parks and allows easy access to Boston’s cultural institutions. It consists of elegant townhomes, popular restaurants, local boutiques and narrow brick streets illuminated by gas lamps. 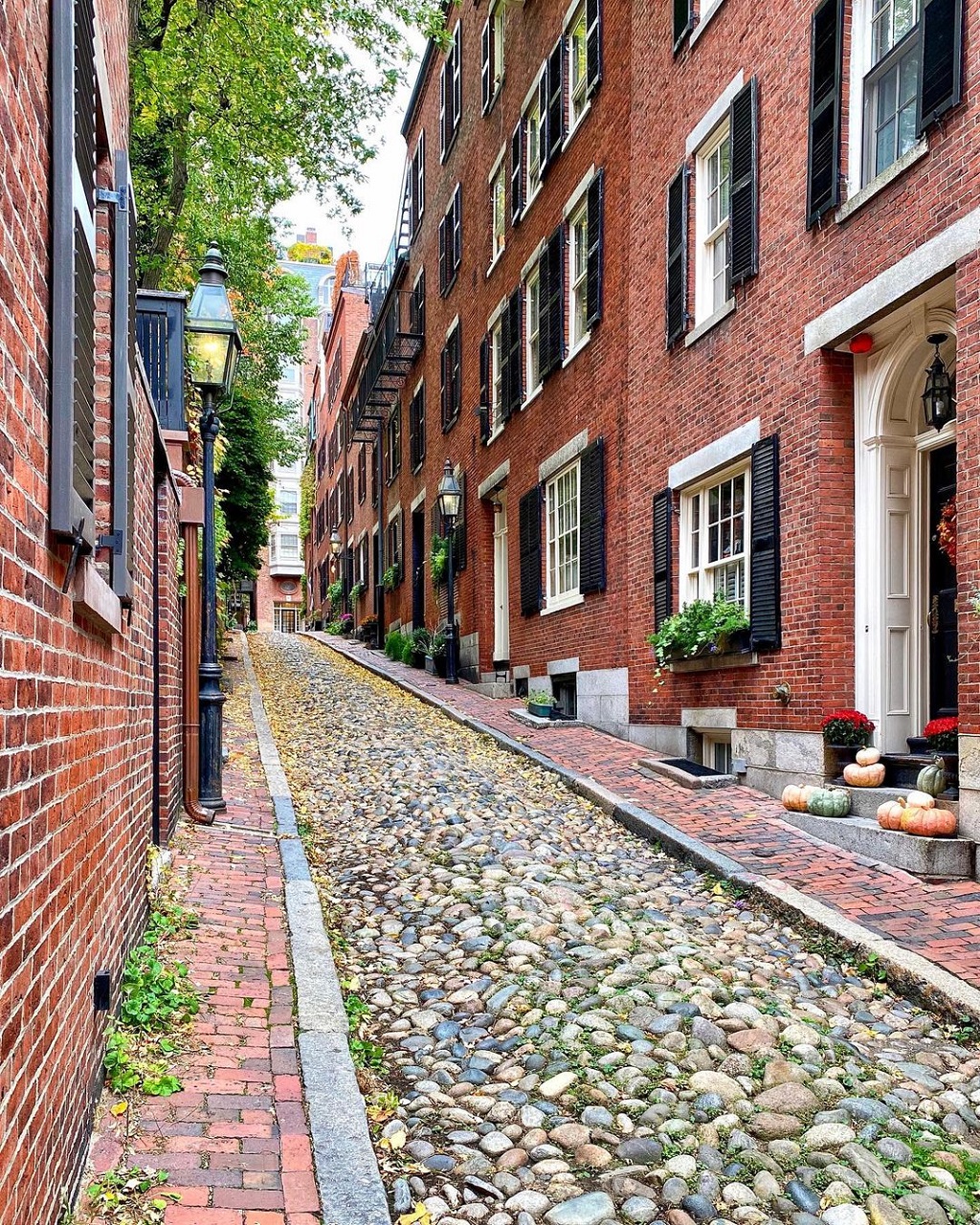 If you are looking for a reflective, elegant and secluded space, Beacon Hill is a good neighborhood. The bricks and cobblestones make it the best place for strolls, while walks on the hills create the ever-charming appeal.

If you are visiting Boston for business, the Financial District is the business nerve center. It hosts most business professionals, making it a busy area bustling with lawyers, bankers and other professionals. The tech industry has grown, with One Post Office Square as a significant signature building hosting many tech companies. Along with other businesses such as law firms and financial institutions, this development has attracted many young professionals.

The Financial District streets are lined with an impressive mix of infrastructure that ranges from quaint two-level buildings constructed in the 18th and 19th centuries and newly built skyscrapers.


For sports and music lovers

If you love sports and music, Fenway-Kenmore is the place for you. Fenway Park is popularly known as the home of the Boston Red Sox, an American professional baseball team. The Red Sox’s 82 home games attract approximately 35,000 people, making it a good spot for sports lovers. 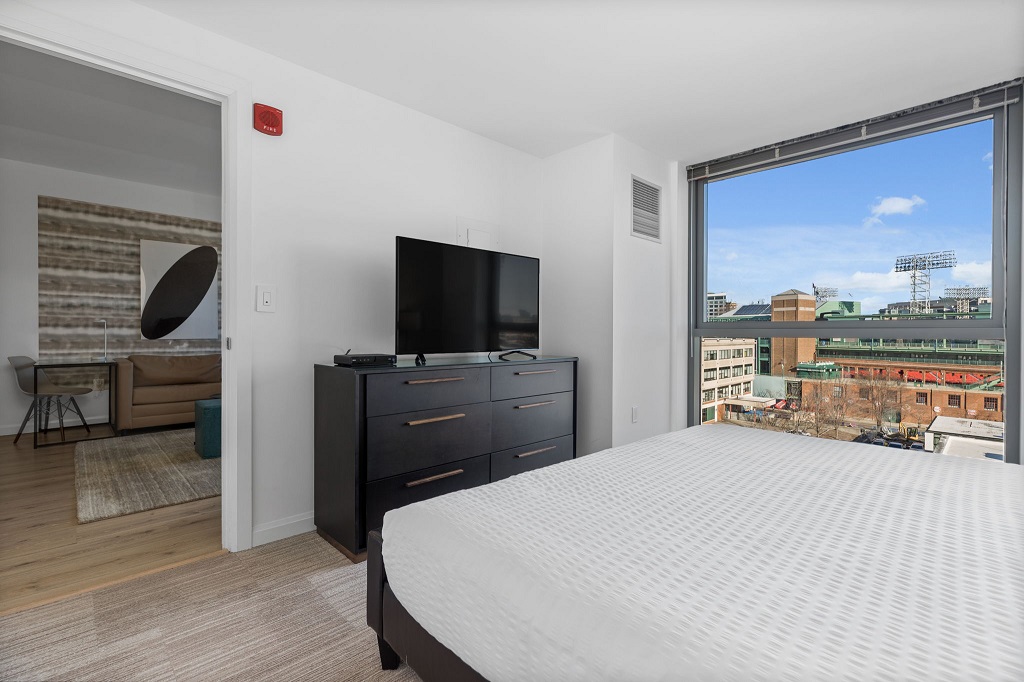 Plus, the musicals, classical plays, mellow jazz clubs and rock concerts build the neighborhood’s music culture. Due to the dominance of academic institutions in the area, such as Boston University and Simmons University, the region’s population is a mixture of recent graduates and students. This young generation significantly contributes to the area’s sport and music culture. Thus, if you are interested in this lifestyle, the neighborhood might be a great option.


For the hottest up-and-coming neighborhood 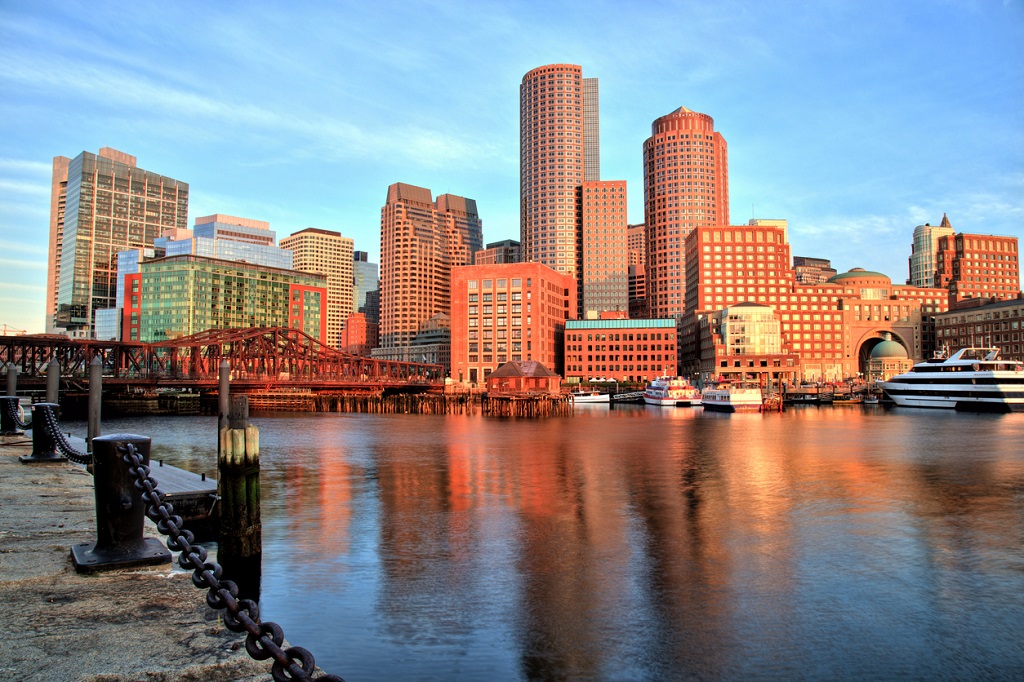 Seaport District is one of Boston’s burgeoning neighborhoods positioned in the city’s waterfront, just across from downtown and close to the airport. Previously, people may have overlooked this neighborhood. But today, the Boston Seaport is gaining popularity and demand as one of the hippest hoods in Boston. The Seaport District is an exceptional location for locals and foreigners to enjoy weekend getaways and adventures facilitated by present-day retail stores to delicious eating places and lively bars. 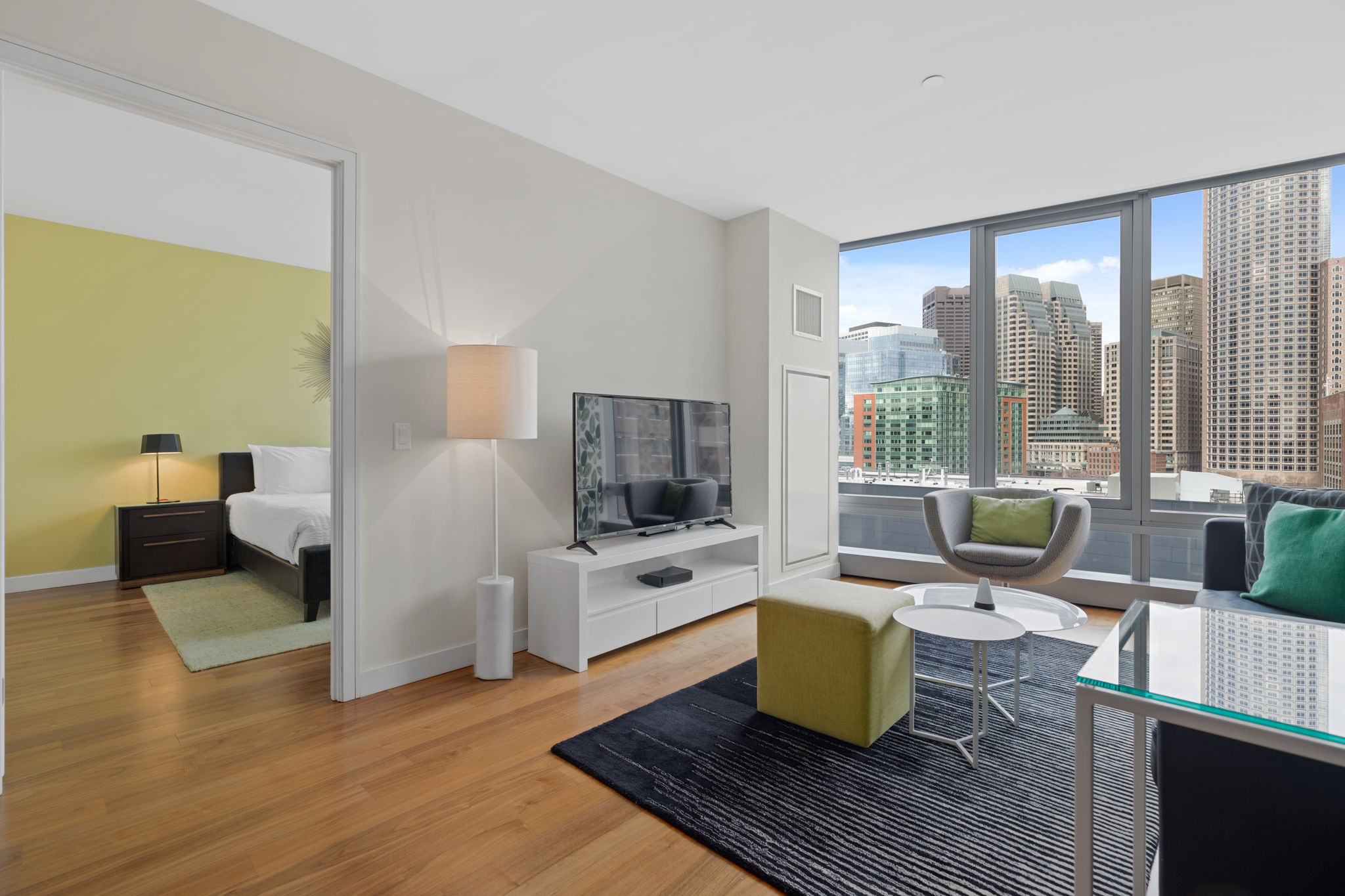 Individuals interested in art and culture are attracted to the region by the Institute of Contemporary Art, also referred to as I.C.A. The new corporations are spurring activities in this once-overlooked neighborhood.


If you’re looking for a neighborhood with history 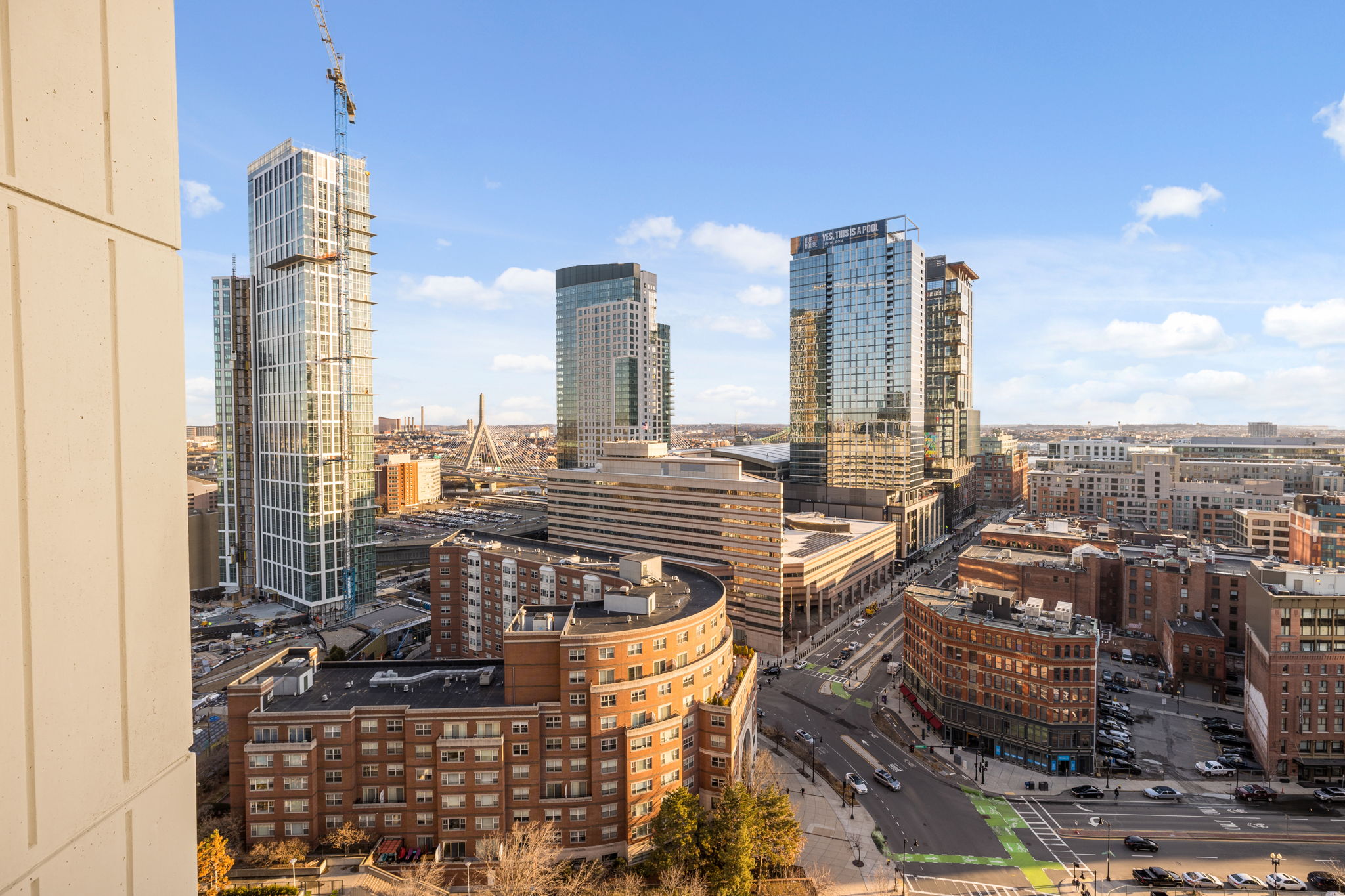 The West End neighborhood has grown and expanded over time to accommodate the new world changes. As one of the most significant neighborhoods in Boston, the West End has maintained several elements throughout growth and development. One considerable aspect that marks the city as a neighborhood with history is the museums. For instance, The West End Museum collects, preserves and interprets this neighborhood’s history and culture. For example, the museum indicates that the urban renewal project between 1958 and 1960 replaced many immigrants who heavily occupied this neighborhood. The Children’s Museum in Fort Point also accommodates parents traveling with children, allowing the young to gain insights into the city’s history. 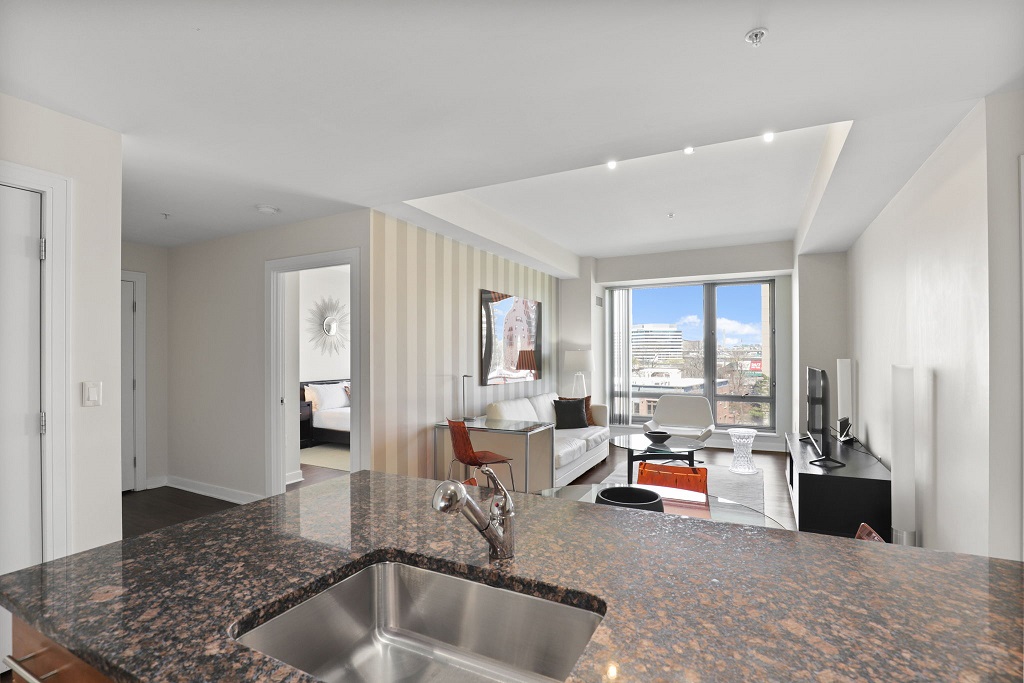 Although the Museum of Science is in Cambridge, it is accessible from the West End since it is just a short walking distance. With its emphasis on STEM education (science, technology, engineering and math) and 500 exhibits, this museum plays a critical role in recording and analyzing the neighborhood’s growth and development.


If you’re looking to spend a little more

Cambridge is the home to both MIT and Harvard University, which are globally recognized and competitive institutions. It is a city full of geniuses and academics. This reputation and the real-estate demand significantly contribute to the high cost of living. 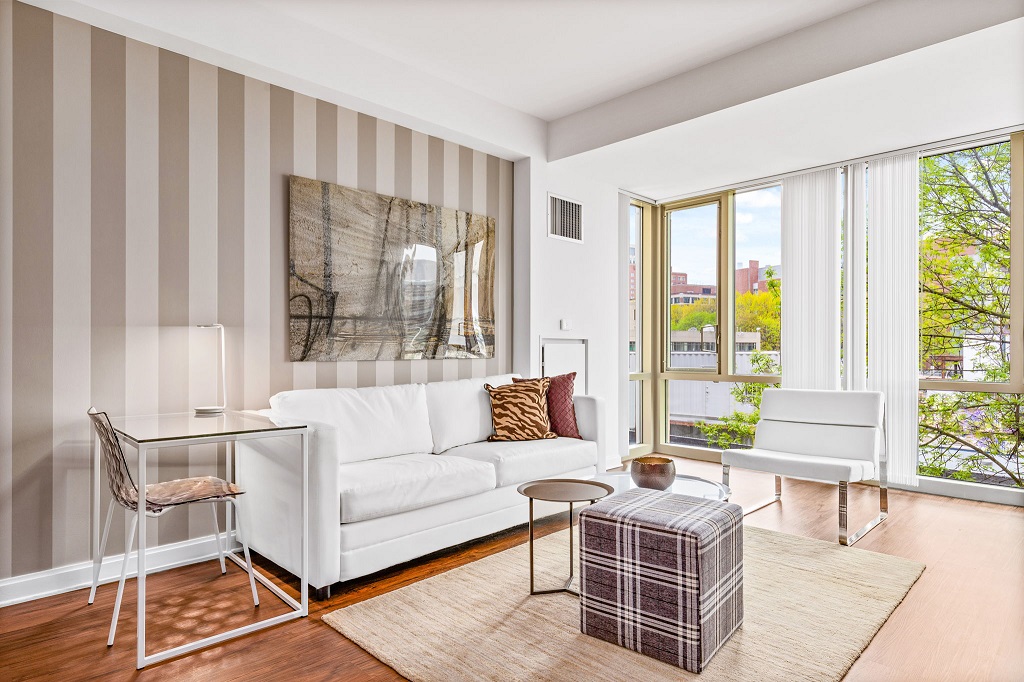 It has three main squares: Harvard Square, Central Square and Porter Square. They create mini-cities that provide endless public transportation options, residential apartments, restaurants and shopping malls, making the neighborhood a good location for families and singles. This is an excellent option if you’re looking for a beautiful walkable and bikeable community.


If you want a neighborhood with a creative/artsy community 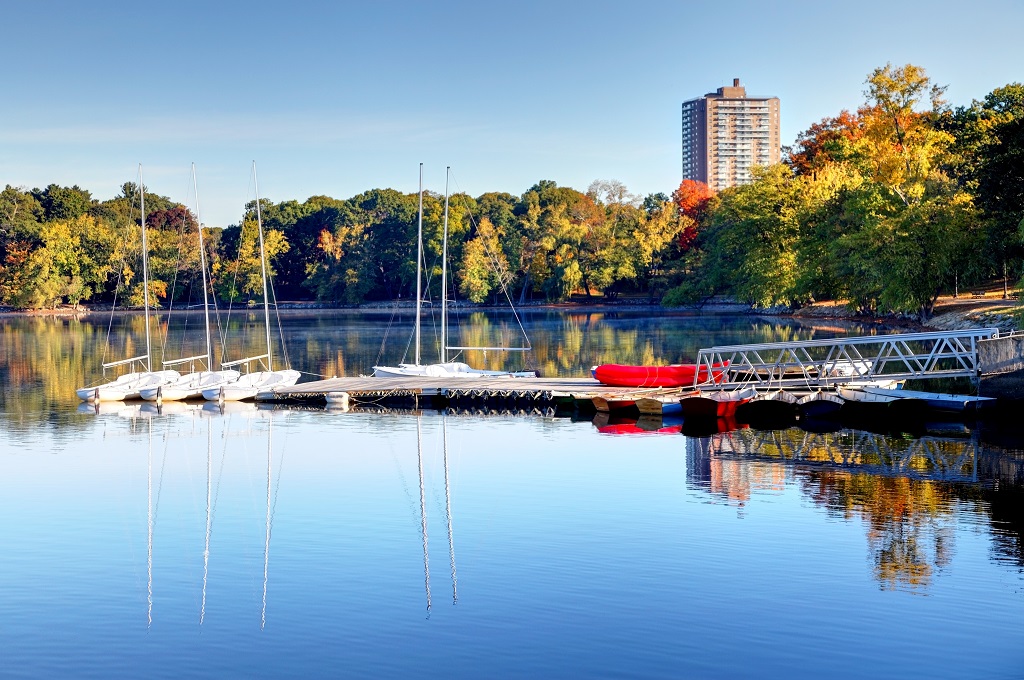 If you are looking for an area with diverse people and ideas, consider settling down in Jamaica Plain. The neighborhood is one of the first streetcar suburbs in the country and has become a highly coveted area in Boston.

Make sure to check out the unique Jamaica Plain bubble created by family-owned restaurants, trendy boutiques, independently owned shops, cute cafés and green space. These aspects make it a good spot for young families and single creative people who like hip shops and cafes.


For students and young professionals 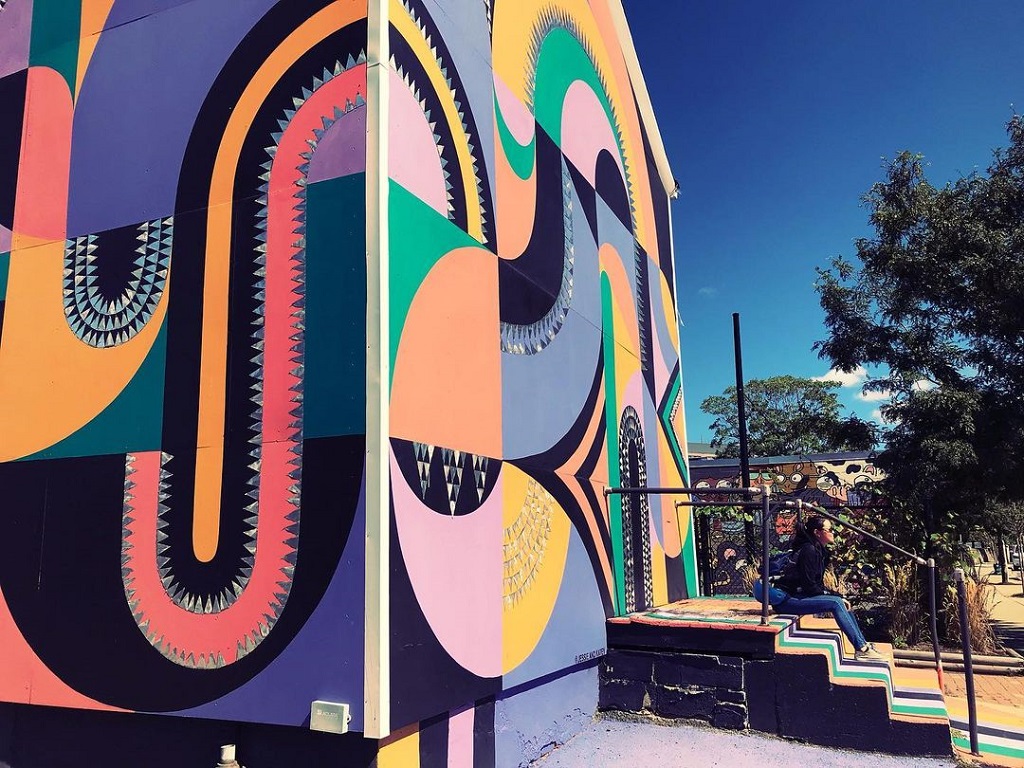 Allston is an eclectic and lively neighborhood that hosts Boston University students and other young professionals. As a popular student joint, the neighborhood is characterized by attractive aspects to younger generations, such as iconic donut shops, street art murals, outdoor beer gardens and live music venues.

There is a wide range of foods and drinks in Allston, too. You can get Korean meals and drinks in Myung Dong 1st Ave, German house-made menus in Deep Ellum or donuts from the Twin Donuts. If you are looking for a youthful experience, Allston is an excellent place to rent.


Looking For a Short-Term Rental in Boston?

Are you ready to indulge in the best experiences, food, travel and people in Boston? If you’re interested in visiting short-term, look into renting a Furnished Quarters move-in-ready apartment in some of the best neighborhoods in the city.