The 10 Best Restaurants Near Fenway Park 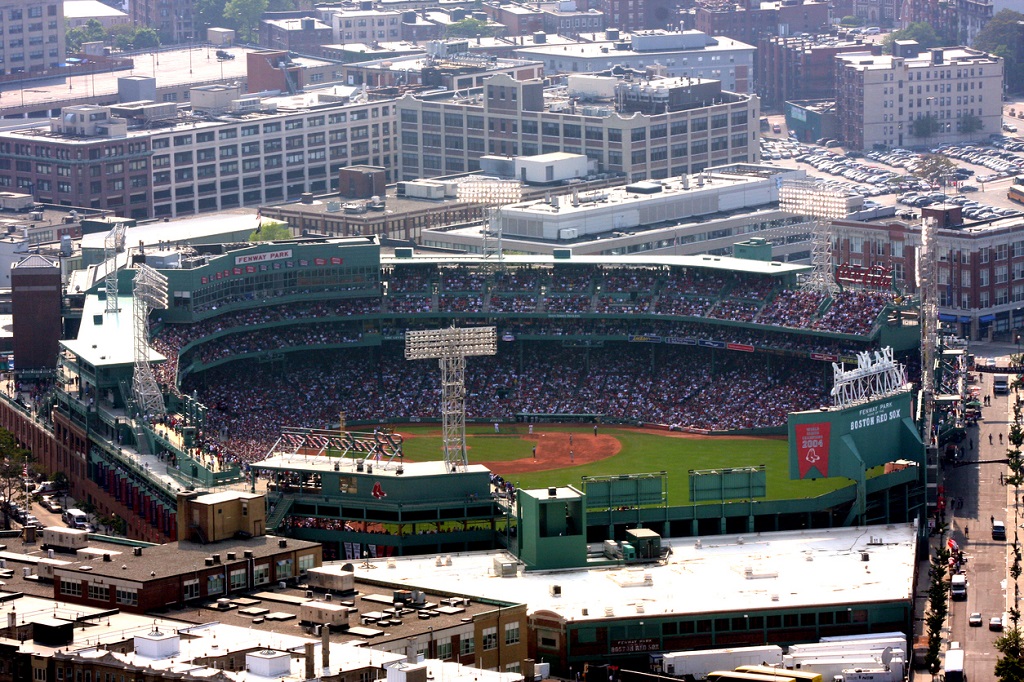 Fenway Park: home of Wally the Green Monster, Fenway Franks and of course, Boston’s beloved Red Sox baseball team. There’s plenty of buzz around what’s inside Major League Baseball’s oldest ballpark, but what about what’s outside of it? We’re talking about fans’ favorite restaurants near Fenway Park for grabbing a bite before or after the game. And it’s not just burgers, hot dogs and fries—you’ll find Asian cuisine, Greek food and everything in between.

Here are the top 10 restaurants near Fenway Park, whether you’re catching a ball game or not.

Located inside the Hotel Commonwealth, Eastern Standard is a Kenmore Square staple with a sophisticated atmosphere and an outdoor patio perfect for people watching.  Eastern standard is only a five minute walk from the stadium, making it one of the most convenient restaurants near Fenway Park.  Adventurous eaters will want to try their famous roasted bone marrow, served with bread and coated in salsa verde and thyme marmalade.

Hipster-friendly spot Audubon looks like a standard pub, but boasts an upscale menu sure to please even the most discerning Red Sox fan looking for good food near Fenway Park. It’s remained under the tourist radar since opening in April 2014, so you’ll likely be among a crowd of true locals. According to Zagat, “The gluten-free veggie burger may be even better than the beef version. Carnivores, you’ll be converted.” In addition, if you’re looking for brunch near Fenway Park, Audubon has you covered with a wide variety of options.

If you’re looking to fill up on cheap, substantial food before the game, head to El Pelon Taqueria, a fast casual Mexican restaurant near Fenway Park. They serve more than just the familiar tacos and burritos, with signature dishes such as fried plantains or cornmeal-crusted codfish tacos. Regulars love the fish tacos and the award-winning El Guapo burrito.

This bar’s moniker doesn’t lie: the establishment is situated below Fenway Park’s bleachers, with a view of centerfield in certain (highly coveted) seats. It’s perhaps the only Red Sox bar where you’ll see fans hanging around not only before and after games, but during them. The menu is full of classic bar food and an extensive selection of sandwiches, like a hot corned beef and pastrami with mustard.

Average cost per person: $10 (including alcohol)

In the mood for Greek food near Fenway Park? Saloniki has a build-your-own type of menu, letting you choose a base (pita, brown rice or salad), a filling (like eggplant, chicken or lamb), house made sauces (like garlic yogurt or red pepper sesame) and unlimited toppings (such as herb salad or olive tapenade). Get a pre-game buzz with their draft wines or a special Harpoon beer brewed just for the restaurant.

Top Chef runner-up Tiffani Faison’s Sweet Cheeks Q is the place to go for Southern food near Fenway Park. Come for metal trays full of pulled pork and other tender meats, plus scoops of coleslaw, mac n’ cheese and other classic sides. Sweet Cheeks’ biscuits are famous on the Boston restaurant scene, served in a bucket with plenty of honey butter.

Tasty Burger wasn’t dubbed the “Official Burger of the Boston Red Sox” without providing phenomenal food near Fenway Park. They sell their burgers inside the stadium, but you can also grab a pre- or post-game burger at their original location outside the ballpark. Use the takeout window if you’re on the go, or go inside to shoot some pool.

Those looking for a good old-fashioned baseball bar near Fenway Park won’t want to miss Cask’n Flagon, named the second best baseball bar in America by ESPN in 2007. “The Cask” is known to draw long lines of people waiting to get inside, accommodating as many as 5,000 patrons on game days. Sip beers and get some Cask Chili as you marvel at iconic black-and-white Red Sox photos on the walls.

Looking for delicious seafood near Fenway Park? Head to Citizen Public House & Oyster Bar for a delicious raw bar full of fresh oysters and seafood. For those who prefer land over sea, try their pub fare such as fried pickles, meatball sliders and sirloin burgers. Whiskey aficionados will appreciate the impressive collection of over 200 whiskeys, including 10 that are distilled exclusively for the restaurant.

Tucked inside the Verb Hotel near Fenway Park, this casual izakaya—an informal Japanese gastropub—isn’t your typical high-end sushi joint. Spotted on the menu are nontraditional dishes like crispy chicken wings, a bacon-wrapped hot dog stuffed with jalapeños and cheese, and an outstanding burger. Don’t be surprised if you see members of the Red Sox Nation downing sake bombs to get hyped for the game.

In need of a furnished apartment near Fenway Park?

Furnished Quarters offers several stylish, fully furnished apartments for short-term stays in the Fenway/Kenmore district. Search our temporary apartments in the Boston area and live like a genuine Bostonian.