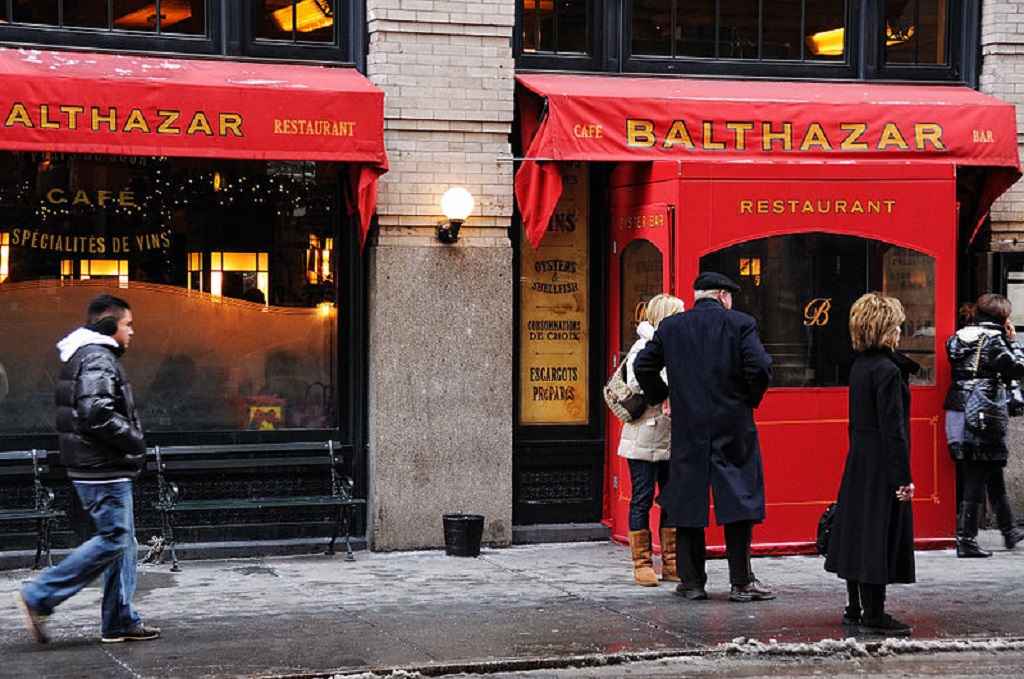 While it may seem like there’s always “the new hot neighborhood” in New York City, SoHo (South of Houston) truly stands the test of time. With a busy day packed full of shopping in the neighborhood, here are 5 of the best restaurants and bars in SoHo to kick back and unwind:

Known for their mouthwatering Fried Chicken, Lobster and other classic dishes, the original Blue Ribbon has been a Sullivan street staple for years. Consider appetizers such as the Steamed Clams or Beef Marrow & Oxtail Marmalade. The best part? This fine dining experience is open until 4am, seven days a week making it a prized spot of SoHo’s nightlife.

Delicious French fare including the best breads and pastries is one of many reasons to visit Bathazar.  The Ratatouille Omelette and Eggs Meurette are two brunch favorites, but lunch and dinner satisfy too with options such as the Steak Au Poivre and Duck Confit. Balthazar is also known to be a celeb hangout, so you never know who you might run into!

For tasty, reasonably priced Mexican food and drinks in SoHo, check out Papatzul. From the bar, enjoy $5 sangria and tap beers as well as $6 margaritas from 5 to 8pm every day. For your meal, go with the Soft Skirt Steak Tacos with Chorizo and Chicharron or the Chicken Enchiladas.

Aurora, which began in Williamsburg, Brooklyn, has made its way to SoHo and doesn’t disappoint. Pick a fresh pasta such as the Spaghetti al Granchio Reale & Riccio and or ask your server about the Fish of the Day. Consider their out-of-this-world Tiramisu for dessert or cleanse your palate with one of their heavenly dessert wines.

If you want a bar that’s a bit more casual, Kenn’s Broom Street Bar is just that—a down to earth, friendly dive that’s been a part of SoHo nightlife since 1972. We recommend grabbing a couple drinks and the Chili Nachos or French Fries as a starter. Then try the Hot Pastrami Sandwich or BLT on Rye.

Can’t Get Enough of Downtown Manhattan?

On our blog, you’ll find more tips and outing ideas near these SoHo gems, in or Brooklyn!